What is an ESTA?

The ESTA is the Electronic System for Travel Authorization. read more 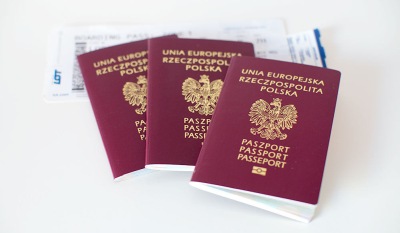 Poland is the first nation to be added to the program since 2014, when Chile joined. Visa waivers are generally limited to countries who are considered “close allies” of the U.S. — and that reciprocate in the form of their own visa policies. In a nation with a reputation for onerous entry requirements, it has been a powerful way to attract international leisure and business travelers to the U.S.

“The inclusion of Poland into the Visa Waiver Program is a testament to the special relationship that exists between our two countries, and the ongoing friendship and close cooperation on our joint security priorities,” the Acting Secretary of Homeland Security Kevin McAleenan said in a statement. “We look forward to continuing to work with the Polish government as we deepen our security cooperation as well as make travel easier for our citizens.”

U.S. Travel Association President Roger Dow welcomed the move in a statement, noting that Poland’s addition to the program is projected to generate an additional $702 million in travel spending in the first three years.

“We are grateful to the Trump administration for its recognition of the [visa waiver program] as a significant contributor to our security and our economy, and we are hopeful that other strong candidates for entry—such as Israel and Brazil—will advance toward membership as well,” Dow said.

At the moment, the U.S. inbound travel market can certainly use all the boost it can get. The latest results from the Travel Trends Index published on Tuesday by the U.S. Travel Association are grim: September saw a 0.4 percent decline in international arrivals to the U.S. compared to last year. This was the fifth month of negative growth in 2019, a trend which is projected to continue over the next six months.

The reason for the decline include the strong dollar and the trade war. Trump administration policies haven’t helped either. For example, there have been concerns that a proposal to add social media disclosure requirement to the ESTA application — which the Department of Homeland Security is still seeking public comment on — will deter the very kind of traveler the visa waiver program is meant to attract.

Apply Online by Filling out an ESTA Application

If you are looking to register with the Government and visit the CBP Site.
Visit CBP

If you are looking to apply for an ESTA through a trusted ESTA Processor. Enter the USA 90 days! Instant Processing! Fast, Secure, and Easy!.
Apply Now

If you are looking to apply for an ESTA through a Visa Waiver Program Processor. 99.9% Approval Ratings! Travel to the USA Today!.
Apply Now

International arrivals to the U.S. are slowing down, so the industry is right to worry that requiring travelers to disclose social media profiles as part of the online application for the visa waiver program could be viewed as unwelcoming.

Designation of Poland into the Visa Waiver Program

Online Help for your ESTA Electronic System for Travel Authorization